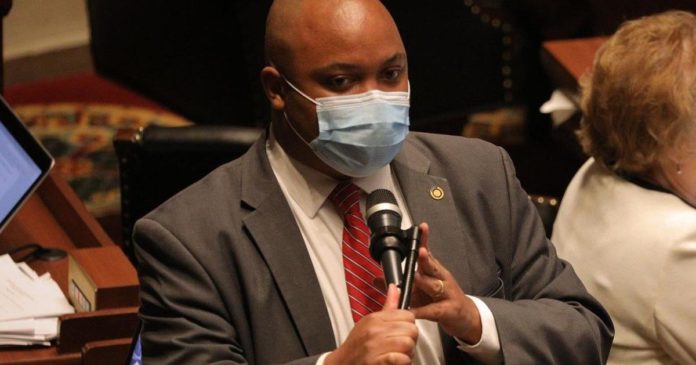 “They’re aware of the fact that we do have this group of people who’ve been talking about it, and you know, when the time is right I think we will have some more in-depth conversations about what a pathway to this bill making progress is,” Dogan said.

Your membership makes our reporting possible.

The Missouri Nondiscrimination Act has languished in the Legislature for nearly a quarter-century, unable to overcome opposition from more conservative lawmakers.The Missouri Human Rights Act already forbids discrimination based on race, color, religion, national origin, ancestry, sex and disability. It also outlaws age discrimination in employment and familial status discrimination in housing.Dogan’s proposal would ban discrimination in housing, financial assistance, employment and access to public accommodations based on a person’s sexual orientation or gender identity.Hannegan this year moved to yank his legislation from the House Children and Families Committee after it went six weeks without a hearing.The Missouri Independent reported in April that using a parliamentary maneuver, Hannegan was able to place the legislation on the House’s debate calendar; it did not advance any further this year.
>>> ad: See the Best Amazon Deals of TODAY! <<<<
Originally Appeared Here