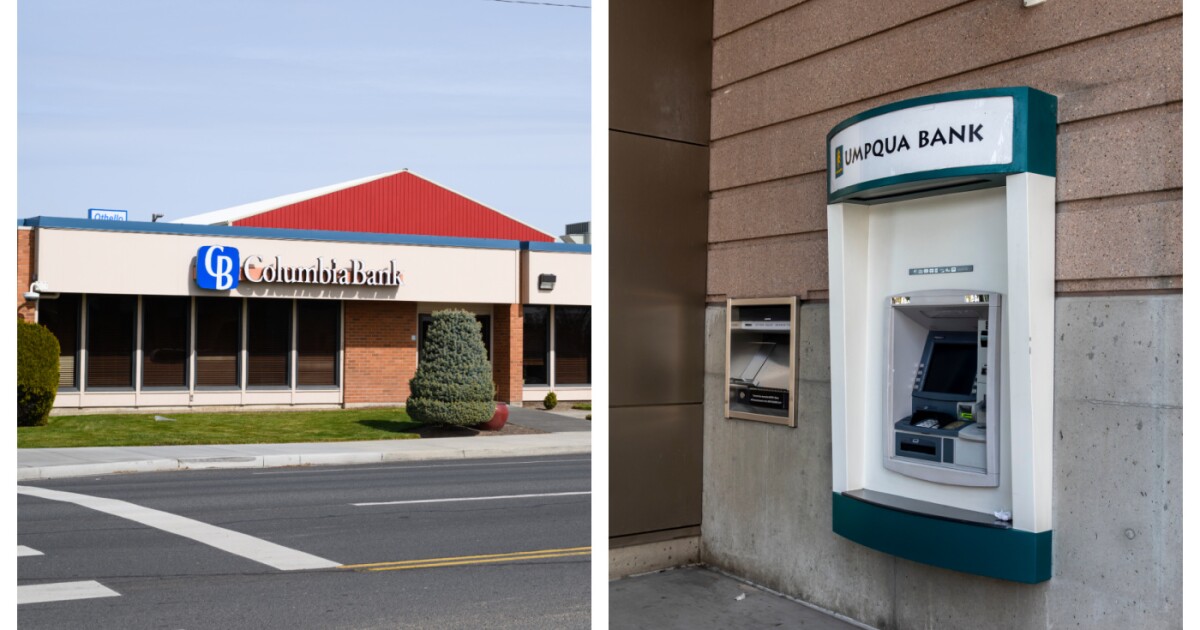 A higher net interest margin coupled with strong production in the bank’s commercial real estate, consumer and industrial loan portfolios are expected to beef up outstanding loans at the Tacoma, Wash.-based bank.

“Our bankers are seeing lots of opportunities, and it’s just a matter of which ones make the most sense to put on the balance sheet,” said Aaron Deer, Columbia’s chief financial officer, on a call with analysts.

In the fourth quarter, total loans declined 0.7% from the previous quarter, in part because of higher customer paydowns. Loans were up 9% from a year earlier.

The loan-growth projections are for Columbia only, before its merger with Umpqua, which is set for next month.

Columbia expects to realize $135 million in cost savings from its merger with Umpqua Holdings in several stages. Some of those savings are anticipated shortly after the deal closes. Others could take between 30 and 60 days to materialize, executives said. The full amount of savings will be realized by the end of the third quarter.

The bank also announced Feb. 28 as the closing day for its long-awaited $5 billion merger with Umpqua. Columbia said that last weekend it completed the first of the 10 branch divestitures required by the Department of Justice, with the next divestiture planned for next month. The bank still expects to perform its systems conversion with Umpqua in March.

“We’ll try to minimize the amount of moving parts at the critical moment of conversion and integration,” said Chris Merrywell, Columbia’s chief operating officer. “We’ll be able to quickly pivot in the back half of the year to look at things that neither bank has and things that might give us a long-term advantage.”

The Federal Deposit Insurance Corp. approved Columbia’s acquisition of Umpqua earlier this month; it was the final approval needed from state and federal regulators. The deal, first announced in 2021, is expected to create a Pacific Northwest bank with more than $52 billion of assets and $45 billion of deposits. Columbia will have a network spread across seven states: Washington, Oregon, California, Idaho, Nevada, Utah and Arizona.

Columbia, the acquirer and the smaller of the two banks, plans to combine its commercial banking expertise with Umpqua’s well-known consumer brand. The bank itself will operate as Umpqua Bank, with headquarters in Lake Oswego, Ore., while the holding company will operate as Columbia Banking System in Tacoma, Wash.

The bank also said it had made a series of changes to its mortgage business designed to reduce expenses and slow the growth of mortgages it holds in its portfolio.

“This does not mean we’re pulling out of mortgage,” said Tory Nixon, Umpqua’s president. “Mortgage has been a big part of this bank as long as I’ve been here and longer than that.”

Drag performers in Columbia push back against ‘fear mongering’ by Missouri Republicans | KCUR 89.3