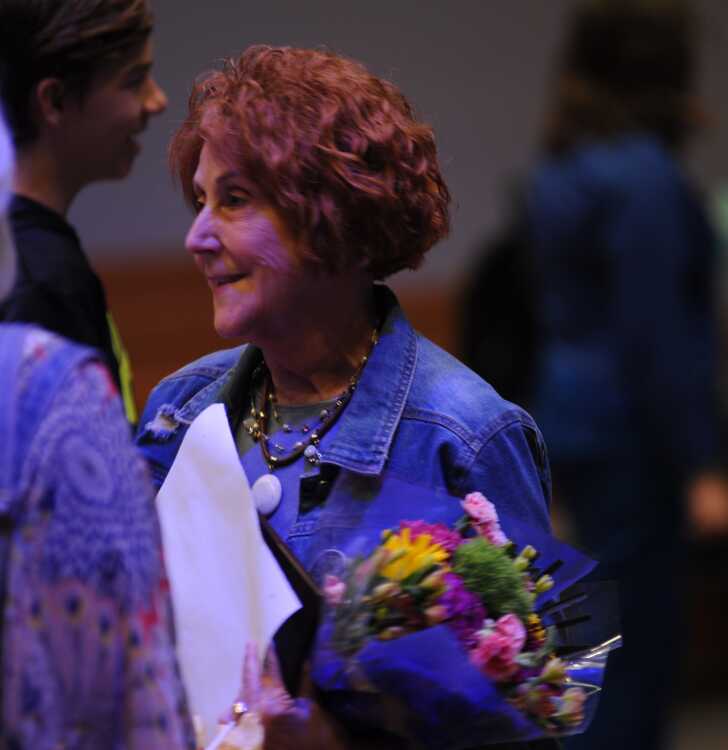 Lynwood Christian Academy headmaster Benjamin Rhodes recognizes Debbie and Carroll Williams during a school program on May 10 at Lynwood Church in Cape Girardeau.

Few people are more committed to Christian education than Carroll and Debbie Williams. The two have played important roles at Lynwood Christian Academy and Cape Christian Community School. As the school year wraps up, the couple will enter a new chapter: retirement.

Following a career in public education, Debbie received a call to join Cape Christian over a decade ago. She would go on to teach several grades over the years at both Cape Christian and Lynwood Christian Academy.

Debbie Williams speaks with parents following a program at Lynwood Christian Academy on Tuesday, May 10.

Carroll, meanwhile, had already completed a full career as an educator and coach. Most know him from his time at Southeast Missouri State University where he taught physical education and coached for 50 years.

Following retirement in 2005, he received a call from Cape Girardeau Central High school to coach the freshman basketball team. While there, he also served as a substitute teacher at Cape’s alternative school where he would stay for eight years.

When Debbie got the call from Cape Christian, Carroll joined her and helped the school with its physical education programming. That ultimately led to him becoming the school’s principal where for many years he pulled double duty, not only serving as principal but coaching as well.

In fact, Carroll Williams is more often referred to simply as “Coach.”

In May 2018, Cape Christian announced it would close its doors after more than 40 years in operation. But the story didn’t end. The advisory board decided to operate the school independently, continuing the mission of the school with the teachers and staff on board. 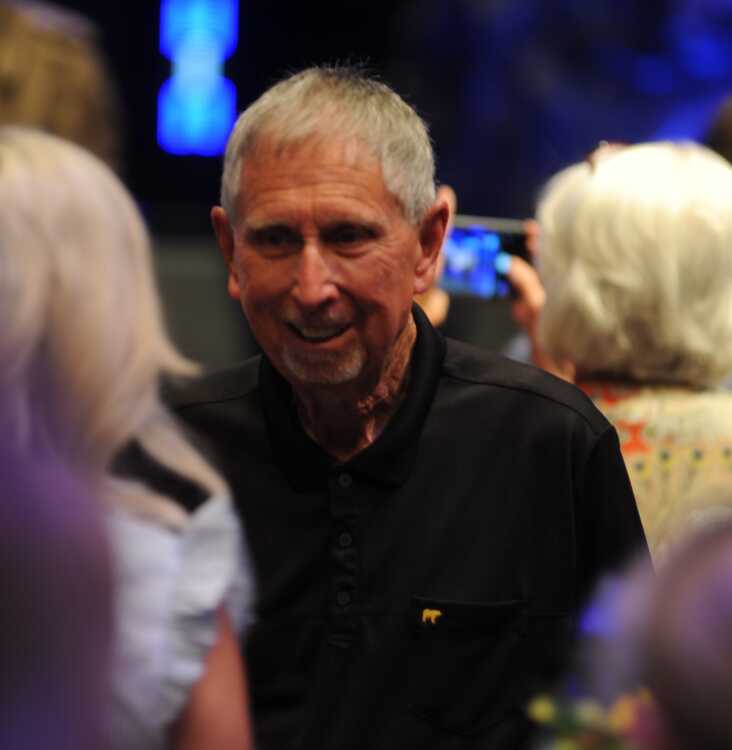 Carroll Williams speaks with parents following a program at Lynwood Christian Academy on Tuesday, May 10.

As I’ve written before, this school has meant a lot to me personally. I attended Cape Christian through sixth grade. The spiritual and academic impact was tremendous.

Over the next two years, I had the honor of serving on the school’s board as we helped guide it forward and find a sustainable future. Serving on the board gave me a new appreciation for what it takes to operate a school. Ultimately the path forward came in the form of Lynwood Christian Academy where the school is now flourishing and has a bright future. The mission of the school remains, growth is strong, and the school now has a permanent home.

While on the board, I had the honor of working closely with Coach.

Coach never ceased to amaze me. He was serving as principal while in his 80s, keeping a packed schedule during the day, and was just as pleasant during our evening board meetings as he was when students walked through the doors that morning.

Get Lucas Presson’s column delivered to your inbox

He brought passion and energy to the job, one he didn’t have to pursue but did so because he believed in the mission.

“No matter who’s in my job, they’re going to learn math, science, English, history, etc. And they’ll leave and go to another school, and they’ll be very capable academically,” he told me when I interviewed him in 2018 for a column. “But I get to have a hand in helping them grow in character. For example, get a work ethic out of these kids.”

Carroll and Debbie Williams certainly did that and more. And Coach’s efforts helped Cape Christian transition to Lynwood, impacting numerous lives along the way, and creating lasting friendships. I’m thankful to be on of them.

Congratulations to them both on their retirement.

Lucas Presson is assistant publisher of the Southeast Missourian.