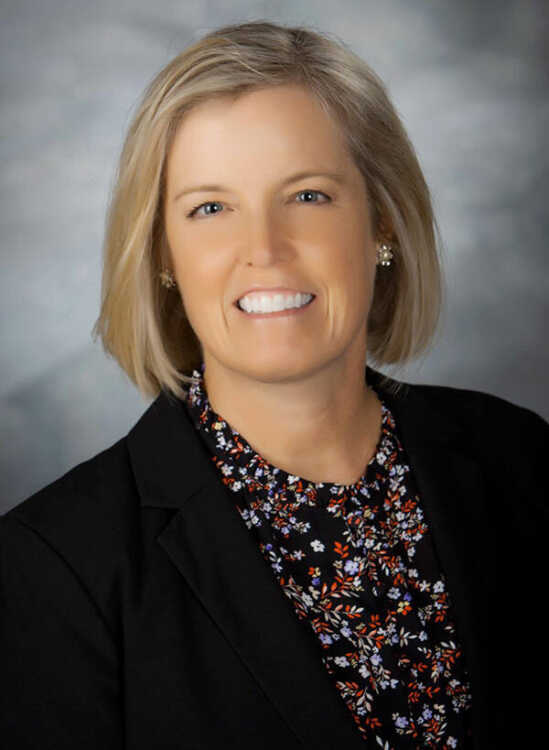 Editor’s note: The following are the prepared remarks given by Cape Girardeau Mayor Stacy Kinder at the Cape Chamber First Friday Coffee.

Regardless, we are focusing on the quality of life that we as a community expect, not only for ourselves but also for those who are not an active part of the process.

Major issues like infrastructure, public safety, and the local economy impact a large part of all this.

The topic of infrastructure always looms large as we discuss how things in Cape Girardeau are progressing. For those of you interested in the details of current work, you can find an extensive list on the city website.

The city has been told in the past that we need to spend more than $50 million on roads, and $10 million on sewer and water lines, in order to get those systems up to good status. So, we know that work is going to be ongoing far beyond this year.

Recent voter approval of various tax initiatives has the city positioned well to get that work moving in a strong direction.

In 2018, voters approved the second Parks & Rec Stormwater Tax initiative that will bring much needed improvements to various parks, renovations to the Central Pool and an additional community pool facility on the Jefferson Elementary campus, community trail improvements, and new youth ball fields.

We’ve also recently approved the 2019 Capital Improvement Sales Tax, funding capital projects such as water infrastructure, the new City Hall, and updated facilities at the airport. It will also dedicate $500,000 per year for 15 years for street repairs.

The 2020 Transportation Trust Fund 6 initiative will bring $10 million to fund specific street projects including West End Boulevard, Lexington Avenue, the Route K school corridor, the College Street extension, and Sprigg Street, just to name a few. It will additionally bring $13 million to paving, sidewalk and street repair that we haven’t before seen included to that extent in a TTF initiative.

Rome wasn’t built in a day, and Cape streets won’t be rebuilt in a day, but the city does have a long-term plan for the work and financing, which reflects the importance our community places on roadway maintenance.

There are large stormwater drainage projects, sewer system upgrades, and water system projects that are also being addressed by these various initiatives, and the city is applying for federal grants that could expand and enhance them.

With all of these projects, the work has been identified and the financing projected and secured, but our public works department is facing staffing challenges like many other departments and workplaces around the country. Currently we see 14 openings out of 73 allocated workers. At this 20% staffing shortage, we are seeing projects and work simply take longer to accomplish.

There is perhaps no other issue that a community places higher in regard to its sense of a good “quality of life” than public safety. Is a city safe to live in? To work or start a business in? To raise a family in? In Cape Girardeau, as in any city or town regardless of size, there are areas that see more crime than others, some streets that you would feel safe walking down at night, and some that you wouldn’t. However, we cannot continue to ignore the reality that having an “unsafe” area impacts the entire city and our community’s well-being.

Get our Daily Headlines

Sent right to your inbox.

It is hard to argue against the data that shows that high crime statistics can alter property values, negatively impact business, or cause depopulation of residents and businesses in an area.

The statistics in Cape are reflective of the region and the nation where we see that increases in drug use, mental health issues, and gun violence, at a time when chosen careers in law enforcement are decreasing, are creating economic, cultural and public safety problems that have to be addressed head on.

The city currently has 18 open commissioned police officer positions, out of 86. I can tell you that the police department is seeing five potential cadets in the next police academy class, with an additional individual possibly starting very soon.

There are three openings currently in communications and three potential candidates in that application process. There are 11 openings right now for jailers, with two potential applicants in the process for hiring.

It is important to note that this need for improved police staffing has been one discussed in our city for decades. I found newspaper articles that discussed it from 2016 and 1991.

The process is ever evolving just as our city is. Various recruitment tactics are being conducted by our police department on an ongoing basis, and how those are prioritized moving forward will dictate the progress we hope to see.

To address these issues of recruitment and retention, the city is first approaching the problem through our budget.

Late last year we directed money to offer three-year stipends, with the goal of attracting and retaining new officers.

In this year’s budget, we are using the full amount of the projected use tax revenue, as promised to our voters, to contribute to a new pay plan for all our employees. This will produce more competitive wages for the city employees doing the hard work of ensuring a high quality of life here in Cape.

We also just agreed upon beginning the process to appropriate $3 million of money received through the American Rescue Plan Act to the city employee pension plan, which will bring our plan up to the highest contribution level possible.

Another approach the city is taking to impact public safety is using the ShotSpotter system, which went live in late April. We are getting information on roughly one incident per day in the target area, with seven arrests and two recovered guns as the result of the use of ShotSpotter within just a one-square mile area of the city.

In those particular cases, there were no 911 calls or citizen reports, just the ShotSpotter alerts. So, we are seeing some positive enforcement results already, in addition to helping our officers receive immediate situational information.

We have seen rising confirmed gunshot incidents within the city since 2017, with the high point coming in 2020.

How this issue is addressed and dealt with by our police department, our city government, and our community will impact the city at large in coming years. It will obviously impact public safety, but also development, economic growth, and residential patterns throughout the city. The same can be said of issues regarding nuisance problems, condemnations and derelict structures and homelessness.

Pertaining to public safety, the city is seeing negative effects from a recent state bill.

The Second Amendment Preservation Act became law last year, and among other things, it threatens to fine local or federal law enforcement officers up to $1,000 and sentence them up to a year in jail if they enforce federal gun laws in Missouri.

This law also threatens police departments with fines of up to $50,000 if they partner with the FBI, U.S. Drug Enforcement Agency or the U.S. Bureau of Alcohol, Tobacco, Firearms and Explosives to “register, track” or forbid the “transfer of any kind of firearm.”

That fine, by the way, is payable to a Missourian who believes their Second Amendment rights have been violated.

In other words, a possible suspect involved in a case. It has, in essence, made it illegal for our police department to cooperate with federal law enforcement agents on cases that might involve enforcing federal gun crimes.

Historically here in Cape Girardeau, the majority of our success in combating gun crimes has been through federal charges, and the cooperation we’ve had with federal task forces. Our department here has had to remove officers from those federal task forces as a result of this bill.

Go read an article on CBSnews.com of an interview done last November with local and state officials on this issue. It’s very concerning. The premise of this legislation was that Missourians needed protection from a federal government that was coming to take away our guns. In my opinion, rising populism legislated under the guise of conservatism is having a very negative impact on our ability to keep our community safe from some very dangerous people.

Lastly, I want to share a bit about the economy and budget of the city. A common barometer we like to discuss is the general sales tax revenue, which combined with the city use tax fuels 42% of the city’s general fund.

The general fund accounts for the basic municipal functions of police and fire, street and park maintenance, and special project needs.

Over the past five years, we have seen an overall increase in the general sales tax receipts, from approximately $10.5 million in 2018 to what is a projected amount of $12.4 million in 2022.

There are some large considerations to be made for these numbers, given the pandemic that began in 2020. Massive stimulus programs and inflation are just two of the extraordinary issues we’ve seen in this time.

We’ve also weathered a COVID-enforced closure of the casino and a decline in that revenue source, but are also now seeing a rebound and positive projections there, especially given the pending hotel construction on that site.

We are seeing a stabilization of the general fund due to the earlier-than-anticipated collection of use tax receipts. The city has also been actively engaged in refinancing debt and paying some bond issues early, resulting in reducing our debt load from approximately $119 million to $111 million. While this number is still deemed high, we are engaged in a disciplined approach to continue to bring that debt load and the accompanying interest payments down over time.

In closing, economic development resources in the city and state establish the idea that new economic forces are at play that will impact our city. How Cape Girardeau adjusts to new, post-COVID realities like worker shortages, new economies and industry, changes to lifestyle priorities, as well as soaring costs in energy, goods and services will be the challenge of this administration and of our community.

I have heard many times in my first 100 days of office that Cape Girardeau has “a lot of potential.” You may remember from your high school science class, or you may recognize today as a parent, or a business owner, or a coach that “potential” is a very good thing to have. It allows for the hope and optimism of things to come. But potential is also static — it doesn’t do anything except exist. For something with potential to progress, it must move, having an amount of work applied to it to see the creation of a new kind of energy and an improved product as a result.

I’ve hoped to highlight here some of this work going into making Cape a better place to live and work, to raise a family and enjoy life. As we know from being a city with a lot of potential, there will always be work needing to be done. The goal of the city government is to see that work applied to our departments, budgets and development that will yield a rewarding environment in the future for our citizens, visitors and business owners.

The goal of next year’s state of the city address is to share how the work has been applied to produce an even more invigorated city and community.

Stacy Kinder is the mayor of the City of Cape Girardeau.

‘Shoes hold off Dragons to set up title showdown