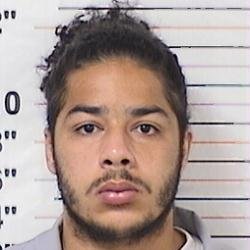 Columbia police are reporting the daycare bomb threat suspect is in custody in Kansas.

Officials say Alexzander Scott Green, 25, of St. Joseph, was arrested in Atchison, Kansas in connection with the bomb threat made at the daycare center on the 2400 block of West Ash Street on Tuesday.

During the investigation into the threat, Columbia Police identified Green as a possible suspect. The detectives reached out to Atchison police to help possibly locate Green.

A Boone County prosecutor has charged Green with first-degree terrorist threat, first-degree harassment and second-degree endangering the welfare of a child.

Children and staff were evacuated to a nearby building, and parents were made aware of the situation.

The Mid-Missouri Bomb Squad was called in to investigate the threat, along with bomb-sniffing dogs from the University of Missouri Police Department and the Capitol Police in Jefferson City. After thoroughly investigating the premises, the building was declared safe.

Green has been prosecuted for other felonies in the past, including in connection with the shooting death of a family member.