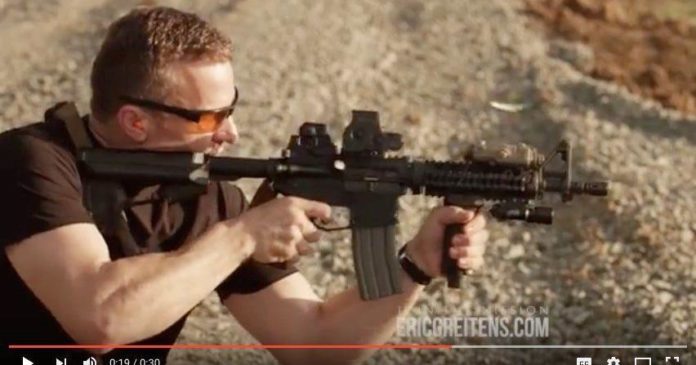 The law says all federal actions “that infringe on the people’s right to keep and bear arms … shall be invalid to this state.”The law says no police officer “shall have the authority to enforce or attempt to enforce any” of the federal actions outlined in the law, including but not limited to taxes that create a “chilling effect” on gun purchases, registration and tracking of firearms, and any act prohibiting the transfer of a firearm by a law-abiding citizen.State Rep. Jered Taylor, a Nixa Republican and one of the law’s sponsors, said earlier this year local and state authorities could still provide material aid to federal authorities for felony gun crimes substantially similar to ones Missouri has on the books.Gov. Mike Parson, a Republican who succeeded Greitens after he resigned in 2018, signed the “Second Amendment Preservation Act” in June, saying the law put “those in Washington, D.C. on notice that here in Missouri we support responsible, law-abiding gun owners, and that we oppose government overreach and any unlawful efforts to limit our access to firearms.”As part of a failed legal challenge to the law, in an affidavit, Frederic Winston, special agent in charge of the Kansas City Field Division of the U.S. Bureau of Alcohol, Tobacco, Firearms and Explosives, said earlier this year the Second Amendment Preservation Act had already impaired working relationships between local, state and federal authorities.
>>> ad: See the Best Amazon Deals of TODAY! <<<<
Originally Appeared Here