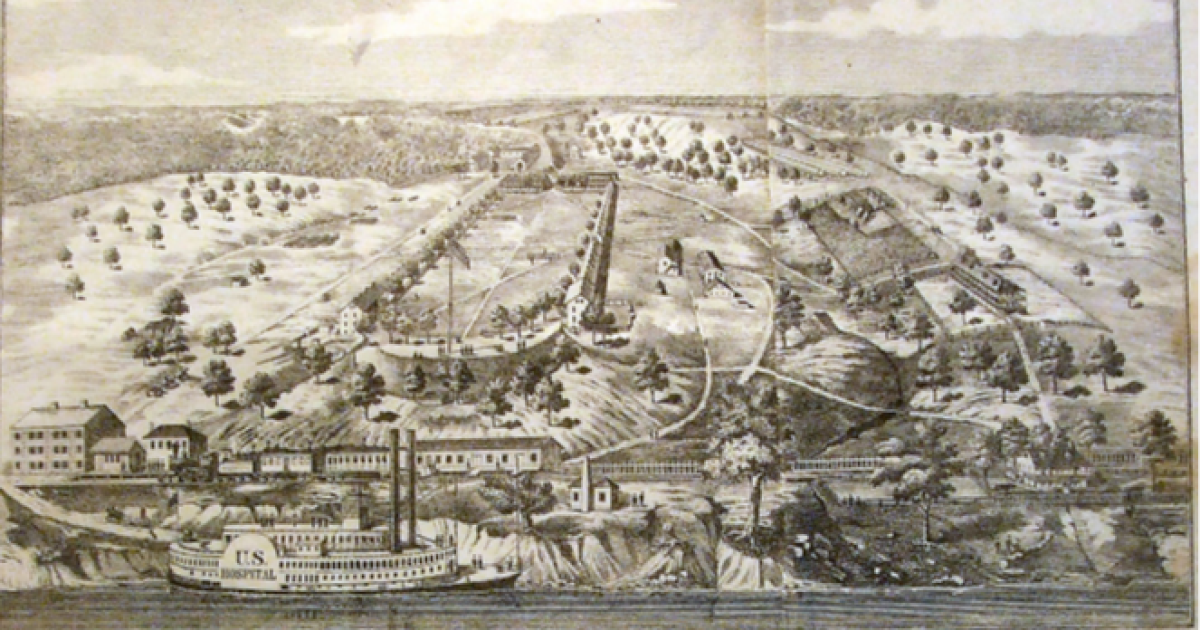 The U. S. government created a pension system in 1862, not only for soldiers disabled in the Civil War but also for widows and children of those dying in the line of duty. Also included were mothers who documented their soldier sons as their sole support. The resulting files are a treasure trove of Civil War stories, including that of one young Bollinger County soldier, Albert T. Limbaugh.

Limbaugh was the oldest son of William Limbaugh and Evaline (Person) Limbaugh. His father died in 1857, leaving Albert as the support for his mother at age 16. The family, which also included three daughters and a younger son, had a farm but struggled to make ends meet.

He enlisted in the Missouri State Guard under Confederate General Jeff Thompson in 1861, serving 3 months. He regretted this action and swore an oath of allegiance to the United States in January 1862, only to violate his oath by enlisting in Jeffer’s Confederate cavalry on November 8, 1862. After participating in one raid at Charleston, Missouri, Albert reconsidered and deserted. He surrendered to Missouri State Militia in Jackson, and authorities sent Albert to St. Louis. The Provost Marshal tried, then released him after he posted a bond in July 1863 and promised to enlist in the Union militia.

Albert enlisted in Co. A, 2nd Missouri Light Artillery and mustered in February 11, 1864, at Cape Girardeau. His description was age 23, a farmer, dark complected, brown hair, and blue eyes. Company A was at Fort B in Cape Girardeau when Albert enlisted, then at New Madrid until April, and at Camp Cole in St. Louis from May to June. However, Albert sustained a leg injury and infection, sending him to the post hospital at Schofield Barracks in St. Louis. The source of his injury was unclear, but one document states he was in leg irons that cut or chafed his leg.

Albert Limbaugh’s final story is in a remarkable series of letters in his mother Evaline’s pension application file. His first letter of July 8 reassured that his leg was “fine,” notified of money sent to her via a comrade and admonished his siblings to be “good.” By July 25, he had surgery to remove a 6-inch piece of infected bone from his leg. He cautioned his brother Thomas to resist temptation to leave home and asked for news. Other letters dated August 4 and 27, September 25, and October 1 document the loss of the money sent to Evaline, offered farming advice, and asked her to avoid the expense of visiting him. By November 1, his leg was sore and “pains … verry much.”

A final letter dated January 7, 1865, is from Mrs. R. Otis, who cared for patients at Jefferson Barracks. It begins, “Dear friend it is my painful duty to inform you of your son Alberts Death he died at 5 o’clock yesterday evening…the diseas went through his system…” The cause of his death was erysipelas, a systemic infection. Mrs. Otis further stated, “…he was content when I was by him, I talked to him a great deal…[H]e said he had a good mother that was praying for him…[H]e said to tell you he died as happy as he could…” As with so many soldiers of the Civil War, Albert Limbaugh succumbed to infection that a simple antibiotic could cure today.

John Stanard: “The Daily American Republic’ is the successor after many, many names of the first newspaper in Butler County.”

Lawmaker wants to use Missouri surplus to widen I-70 | News