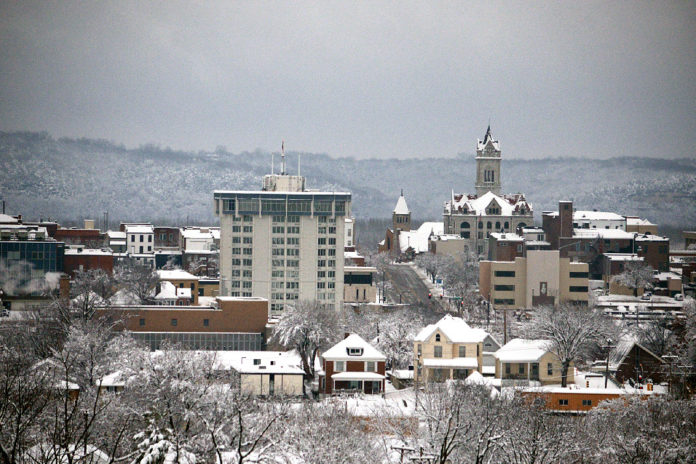 While the Jefferson City metropolitan area’s population has stayed steady over the past decade, it saw a small drop from 2019-20, which researchers said might indicate a struggling economy.
Data from the U.S. Census Bureau from its 2020 population estimates show the metropolitan area’s population declined 0.5 percent, putting it at just more than 150,000.
The University of Missouri’s extension of the Small Business Development Center released an analysis of the census data. The report looks at what population changes reveal about a place’s overall economic health. Growing populations are indicative of an expanding economy, while slowly moving populations can reveal struggling economies that push workers away.
The Jefferson City metropolitan area, which includes Cole, Callaway, Moniteau and Osage counties, lost 775 people from its population. Cole County had 75 percent of the area’s losses in population, while Callaway and Moniteau counties saw small increases in their populations.
“Since these data cover July 1, 2019, to June 30, 2020, I would suspect — but do not know for certain — that some of those losses are due to people being displaced by the May 2019 tornado,” said Mark White, the MU professor who authored the report. “Something similar, but to a much greater scale, occurred 10 years ago with the Joplin tornado.”
White said the major long-term issue facing the Jefferson City area isn’t so much an overall loss of total population, but rather more people are leaving the area than moving to it.
“In many instances, this generally speaks to a relative lack of opportunities,” White said. “It’s not that there are no opportunities, it’s just that there are not enough to spur real growth to create a more virtuous cycle of growth, whereby growth begets more growth.”
Regardless of this loss, White said the number of people and jobs in the Jefferson City metropolitan area has remained steady, with around 75,000 jobs and 150,000 people since 2010.
The Jefferson City economy is driven by state government, which White said has its pros and cons. While the area’s population steadiness is due to the consistency of state government employment, he said those jobs tend to have below-average wages. This leads to consumers spending less money and not contributing as much to the economy.
White said a major challenge facing Jefferson City is the existing population is aging and not being replaced by working-age people, which could foreshadow future population declines. He added population declines lead to fewer workers, fewer consumers, shrinking tax bases and other negative aspects.
“Long story short: if you aren’t growing, you are not keeping up — in a national context — and as a result, you are falling behind,” White said.
Missouri’s population grew 0.2 percent from 2019-20, adding more than 11,000 new residents. The report shows Missouri’s growth rate is mostly consistent with other Midwestern and neighboring states, despite being only half of the national growth rate of 0.4 percent.
Kansas City, Springfield and Columbia saw growth in their metropolitan populations, while St. Louis’ had a zero percent change. St. Joseph’s metropolitan population saw an even greater decrease than Jefferson City’s, losing 0.6 percent.
Looking forward, White said Jefferson City leaders and residents shouldn’t be alarmed, since cities across the Midwest are facing similar situations. Instead, he said they should focus on giving people more reasons to live in the region and diversifying its employment base so it is not so reliant on state government.
“Less concern and alarm and more awareness of the challenge and a long-term commitment to addressing this challenge,” White said.
Gary Plummer, president and CEO of the Jefferson City Area Chamber of Commerce President, said diversifying the economy is the primary goal of every business organization like the chamber.
“Our most recent efforts have been focused along two major business corridors in Jefferson City: West Edgewood Drive and the Partnership Business Park,” Plummer said. “We will continue to play a supportive role in this, primarily through our work to grow small businesses and address the workforce challenges of existing businesses.”
Plummer said programs like the chamber’s Young Professionals and Leadership Jefferson City engage emerging community leaders and build solid connections to retain residents and attract others to the area.