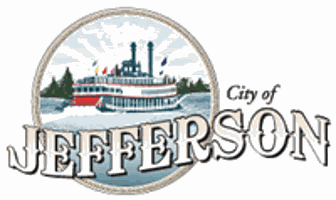 The Jefferson City Council recently adopted a surplus budget and flat tax rate for the 2021-22 fiscal year.This year’s tax rate will remain steady at $0.45 per $100 of home valuation, the same as last year’s rate.The council also adopted about a $100,000 surplus budget for this fiscal year, which begins on Oct. 1 each year.Jefferson Mayor Rob Baker said the about $100,000 surplus will go in the city’s general fund balance to be used as needed for any future expenses.Baker said the surplus was possible thanks to strategic planning.“It’s a well balanced revenue versus spending model with ‘well scrubbed expenses,’” Baker said. “Any surplus will go into general fund savings for future city needs.”The city’s projected sales tax revenue increased about $125,000 from a projected $825,000 last year to about $950,000 this year, though final numbers are not in yet, Baker said.“While we haven’t closed fiscal September yet, we are expecting the final full year figure to be just under $950,000, so it is a small increase this year from last year,” Baker said. “The increase is driven by the COVID-19 recovery.”On expenditures, the city’s payroll jumped this year to about $191,000 from last year’s $137,000, which Baker said is due to the newly hired city administrator position, which is salaried at about $80,000 per year.On the city’s legal/accounting fees expenditure, the projected cost jumped from $30,000 in 2020-21 to about $80,000 in this year’s budget, which Baker said is due to ongoing lawsuits.“We have several ongoing lawsuits in flight so we incurred a larger expense last year and plan on a like figure for this year,” Baker said. “I believe that is a conservative expense, and we shouldn’t need that entire amount for that line item.”Also on the expenditures side of the budget, Baker said the city was able to work in a new line item for about $20,000 dedicated to city clean-up and beautification, which is part of an ongoing city effort to beautify the tourist destination.“We have not traditionally budgeted for city cleanup/beautification,” Baker said. “I was able to build in this amount to give us some flexibility to launch some nice programs for the town.”The city also added about $20,000 to the city police department’s budget this fiscal year.“We are budgeting reserve officer pay separately from regular officer pay,” Baker said. “At the same time, we budgeted for an additional officer in regular pay.”The city also dedicated $13,000 in this year’s budget to give to the Friends of Jefferson Animals (FOJA) non-profit organization, which oversees the care of lost and abandoned animals in the area and also conducts feral cat population control and foster programs for homeless animals.The city formerly gave $13,000 a year to the now defunct Humane Society of Marion County, which was found to have abused, killed and failed to care for more than 80 dogs and cats in its care before its closure. FOJA formed after the Humane Society’s closure and now serves as the city’s animal care organization.“We plan to donate to FOJA each quarter, but we will get quarterly updates from them to ensure that our donations are helping and not being used unwisely,” Baker said. “We have confidence in FOJA, but in the end, it is taxpayer money that we need to monitor.”On the city’s expenditure list of visitor promotion expense, the category of advertising and publication jumped from about $100,000 budgeted for last year to about $160,000 this year. Baker said the about $60,000 increase is due to tourism revenue jumping from $116,00 to $182,000.“The Tourism Department has done a phenomenal job in the last few years growing the HOT (hotel occupancy tax) tax program with strategic advertising, “ Baker said. “We budgeted $210,000 for 2022.”