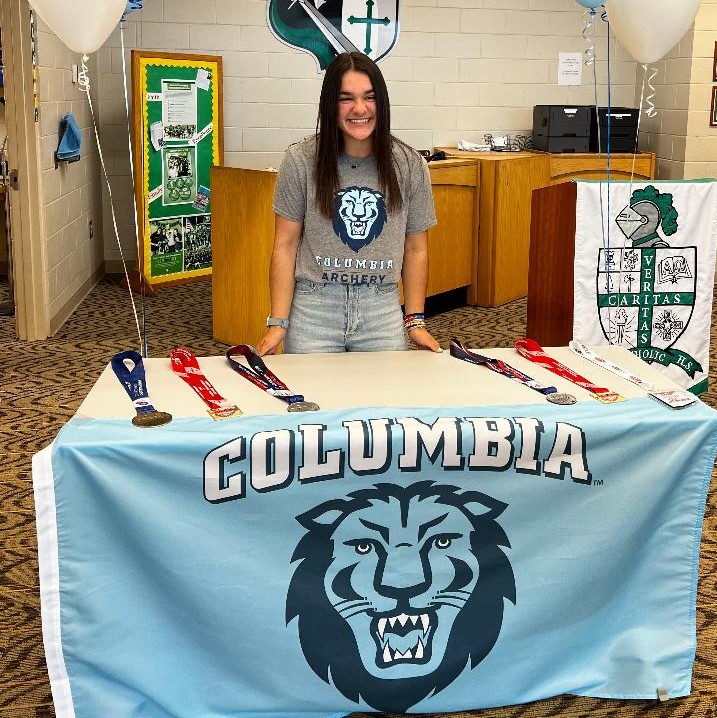 Valrico resident Sydney Sullenberger has had a decorated young career in the sport of archery thus far. She achieved her biggest honor in November when she signed to continue her athletic and academic career with Ivy League school Columbia University.

“It’s everything I’ve worked towards these past few years,” said Sullenberger. “I had no idea that archery would get me this far, let alone take me to college to shoot. To see everything come together makes all the hard work and everything pay off.”

The Tampa Catholic High School senior always wanted to shoot archery in college, but she never thought that Columbia would be in her cards for her future. She had offers from other schools, but she particularly loved Columbia’s atmosphere, city life and coaching staff.

“To have that offer was incredible and was very unexpected,” she said. “The facility and everything they can offer me will allow me to grow as an athlete and as a student.”

The archer took home gold at the Junior Olympic Archery Development (JOAD) Nationals and the world youth team trials in Decatur, Alabama last July. She finished as the top seed out of 78 girls at the JOAD Nationals and later competed against the top eight for the world youth teams trials, in which she also claimed first place. She was one of three girls that represented the United States in Wrocław, Poland in early August last year. She qualified eighth as an individual in the world and her team qualified third in the world.

Sullenberger was also recently named to the 2022 United States Archery Team U18 (Cadet), and she’s also ranked No. 1 in the U.S. in U18 compound females. She will compete in the Lancaster Archery Classic in Pennsylvania at the end of January and in Las Vegas, Nevada.

Sullenberger looks forward to competing with her teammates at Columbia and shooting at the collegiate level. As of right now, she will major in sociology, and she wants to go in the route of behavior analytics as a career. She would also like to continue her archery career as a professional after graduation.

Columbia’s Rainbow House to expand services and facility, thanks to $1 million donation