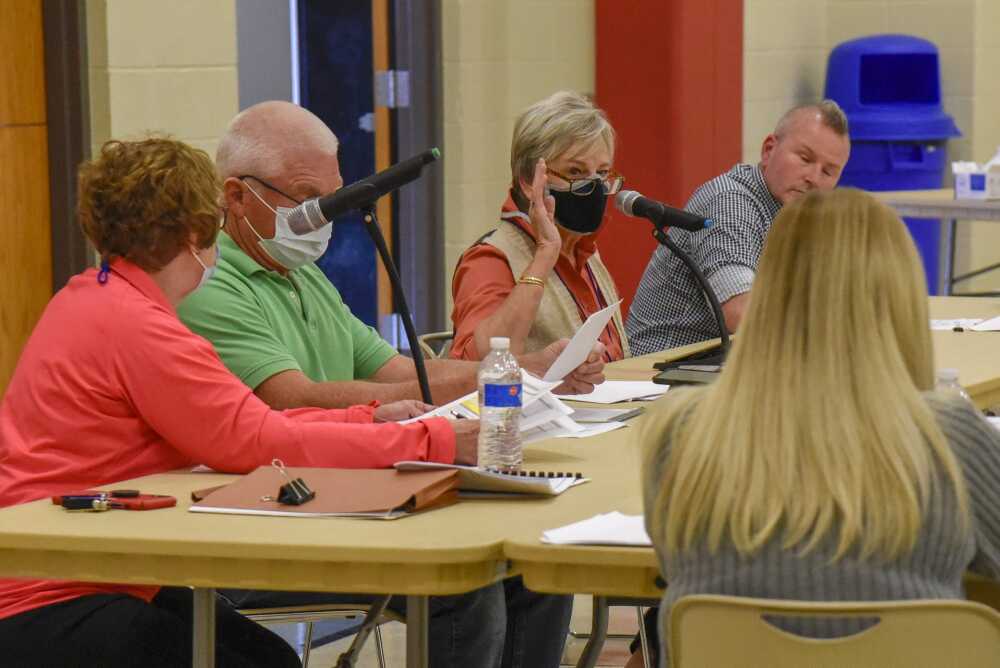 The Cape Girardeau County Public Health Center Board of Trustees heard from the public at its monthly meeting Tuesday under a new protocol aimed at minimizing audience disruptions seen at PHC’s monthly meetings in July and August.

Under a policy guideline adopted at the September meeting, which was held virtually, speakers were limited to three minutes and their remarks were timed by a countdown clock visible to all present.

Before PHC chairman John Freeze called the meeting to order, Jackson resident Damon Dillard asked the crowd of approximately 40 people to be “courteous and quiet” until the board dispensed with its announced agenda.

After handling business related to audit and budget, the five-member board heard from several citizens related to the COVID-19 issue.

Marnie Mitchell of Cape Girardeau talked about her 3-year-old child.

“When I take my son to day care, I have to force place a mask on him. It’s a fact he has less oxygen and more carbon dioxide (because) he’s breathing in his own waste,” she said.

Taylor’s motion to recommend mask usage and vaccinations was approved by the board in August.

Carol Meza of Burfordville, herself a physician, asked the board to reverse Taylor’s recommendation, adding “unwarranted fears have made (board members) tyrants.”

Sarah Bohnert of Perry County, citing medical personnel, said “masks do not work; there is no effectiveness,” and called for the use of air purifiers.

“I don’t see (purifiers) in the schools or anywhere else,” she said, adding her husband works at Procter & Gamble.

New P&G policies will require employees who do not have medical or religious exemptions to receive COVID-19 vaccinations unless they submit to weekly tests at their own cost.

A spokesman for the company said P&G will begin implementing these policies sometime in November or December.

Nicolette Brennan, public information manager for the City of Cape Girardeau, told the Southeast Missourian the city began rolling back the municipal government’s mask requirement when the number of active cases began decreasing in early October.

The county health board said Tuesday its stance on masking has not changed, that it continues to “recommend citizens follow Centers for Disease Control and Prevention guidelines for vaccination and with regard to masking.” 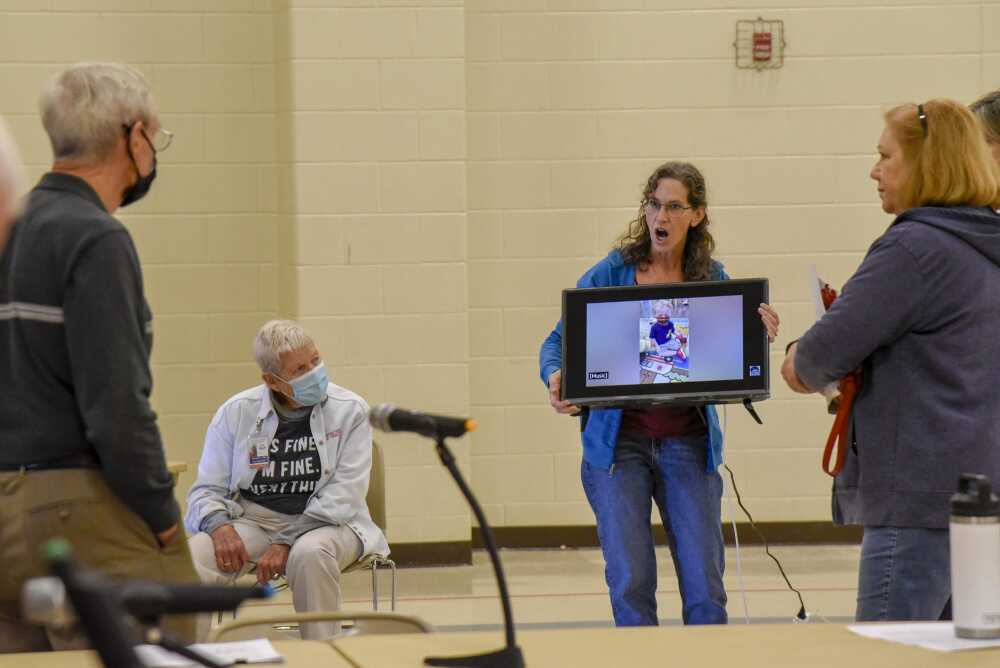 An audience member shouts to demand board member Dr. Philip Taylor, left, watch a video of a young child becoming upset once masked on a TV she brought during the Cape Girardeau County Public Health Center Board of Trustees meeting Tuesday at Shawnee Park Center in Cape Girardeau.