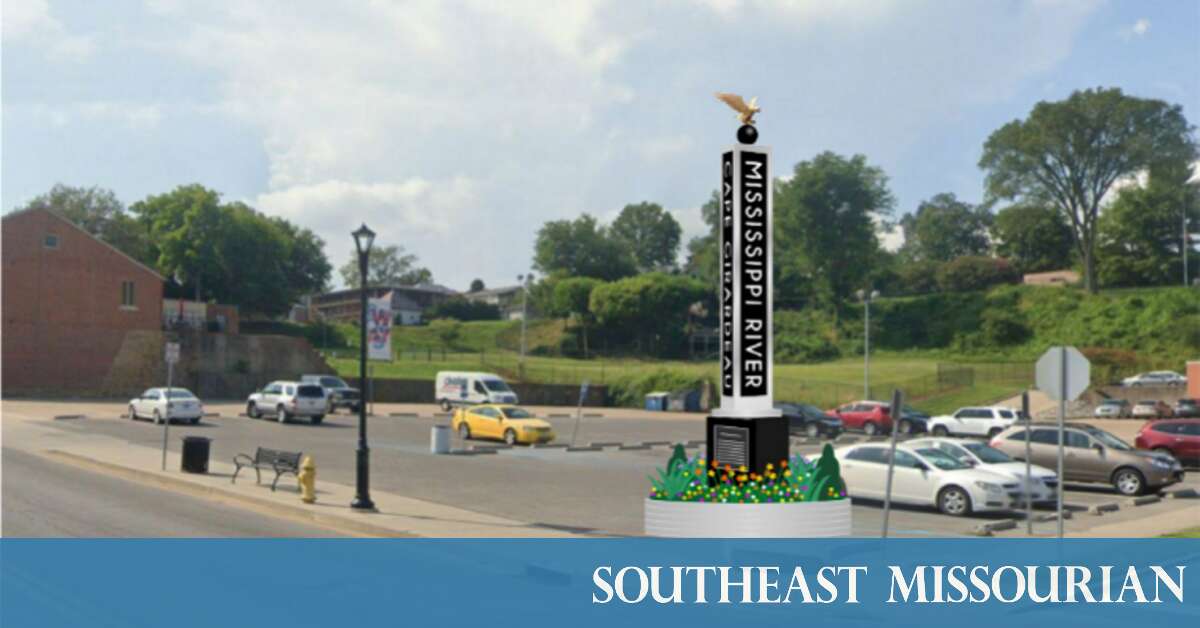 A 20-foot high obelisk will soon be placed at the corner of Broadway and Main streets in Cape Girardeau, providing a touchpoint between the city and the mighty Mississippi River.

The gateway marker, funded in part by the Downtown Cape Girardeau Community Improvement District, will be a three-sided monolith topped by an eagle and with a round planter at its base.

One side of the marker will read “Mississippi River,” another “Cape Girardeau” and the back side will give a narrative on the history of the river and its connection to the city.

Andrea Hamm, assistant director at Old Town Cape, said funds directed to the CID are distributed across multiple buckets with the largest being a fund to keep the area “clean and attractive.” This budget funds litter pickup, plantings, Christmas decorations and projects like the new gateway.

“If a traveler is coming in from the river, they’ll see the side saying Cape Girardeau,” Hamm said. “If they are coming down Broadway they will see the side saying Mississippi River, because we really wanted to denote where the river is. There’s no clear, obvious signage. That’s the point of the project, to create a gateway and draw locals and newcomers to the river.”

Regarding the historical portion of the marker, Hamm said they are working with local historians to write the narrative of the river’s impact on Cape Girardeau. The marker’s lettering will be backlit with LED lights. She said the project is set to be finished this fall.

Kent Zickfield, owner of Zickfield’s Jewelry and board chairman of the Downtown Community Improvement District, is heading up the project. He said a survey done by Missouri Main Street Connection indicated the No. 1 attraction for the city of Cape Girardeau was the Mississippi River.

“Because the river has never had proper designation, we believe a structure that provides this on or near the riverfront was needed,” Zickfield said. “At over 20-feet in height, the gateway should be visible for some distance and we believe it will become an iconic structure for the city and downtown Cape Girardeau.”

The Downtown Cape Girardeau Community Improvement District was established in May of 2014 through a petition process. The CID is funded through a half-cent sales tax on businesses within the district. A portion of the budget is spent on public safety, including enhanced police patrols and cameras. And a percentage of funds are spent to promote the downtown area.

The CID boundaries include Water, Main, and Spanish Streets in the riverfront area and Broadway Street from the Mississippi River to Park Street.

Nearly half of Illinois’ metropolitan areas lost jobs in August