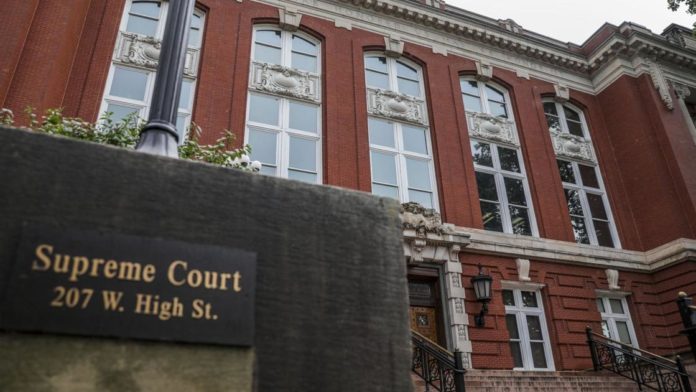 Associated Press
JEFFERSON CITY — Missouri Supreme Court judges on Tuesday heard arguments over whether parts of a sexual assault victims rights law are unconstitutional.The Legislature passed the law, also known as the Sexual Assault Survivors’ Bill of Rights, in 2020. Part of the law requires defense attorneys to remind their clients’ alleged victims of their right to have a support person present while being questioned.Missouri State Public Defender Director Mary Fox and several other public defenders sued, claiming that provision constitutes compelled speech and violates their freedom of speech. A lower court judge ruled that part of the law must not be followed, and the state appealed in defense of the law.Jeff Esparza, who represented public defenders in court, told Supreme Court judges during arguments that the requirement also creates a conflict of interest as it forces defense attorneys to look out for the interests of their clients and those raising claims against them.“The defense attorney is one of the few people in the system that is dedicated to protecting the rights of the accused, and this statute requires that defense attorney to no longer be solely dedicated to that purpose,” he said.He also said that since the circuit judge blocked that section of the law, no one has suffered because of it, particularly because police and prosecutors also remind assault victims of their rights.
>>> ad: See the Best Amazon Deals of TODAY! <<<<
Originally Appeared Here