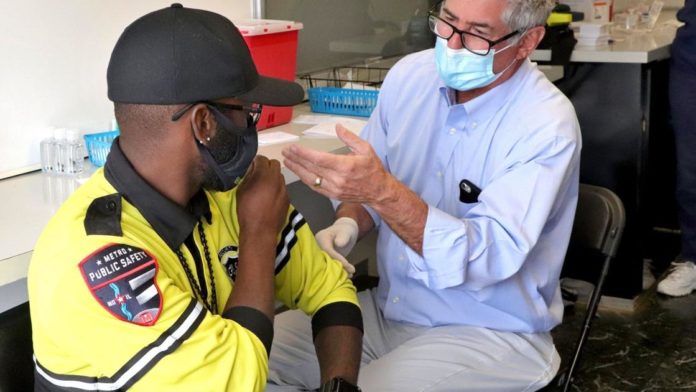 Kansas City Star (TNS)
JEFFERSON CITY — Missouri’s vaccine incentive lottery may have motivated just over 57,000 Missouri adults to get the COVID-19 shot, according to the Department of Health and Senior Services.The health department conducted the last of several drawings in the program Friday, announcing that 57,117 adults had entered after getting the shot since the program’s announcement in July.By comparison, nearly 600,000 of those who entered the lottery were adults who had already gotten the vaccine by the program’s announcement. The program also had more than 39,000 entries from children who got the vaccine any time this year.The incentive program was launched in July as Missouri struggled to control a surge in cases driven by the more transmissible delta variant in less-vaccinated communities. Drawings for the lottery began in August and continued every two weeks. In total, the state will pay out $9 million to 900 prizewinners, who will each receive $10,000 in either cash or, for the children winners, scholarship accounts.Anyone who had gotten at least one dose of the vaccine was eligible to enter, but separate drawings were conducted for those who had already gotten a shot, making the odds of winning higher for the newly vaccinated.When vaccines were rolled out this spring, Gov. Mike Parson’s administration estimated 60% of the population would get a shot. As of Friday, the share of Missouri’s population that had gotten a vaccine was just over 48%, up from about 40% when the incentive program was announced.
>>> ad: See the Best Amazon Deals of TODAY! <<<<
Originally Appeared Here