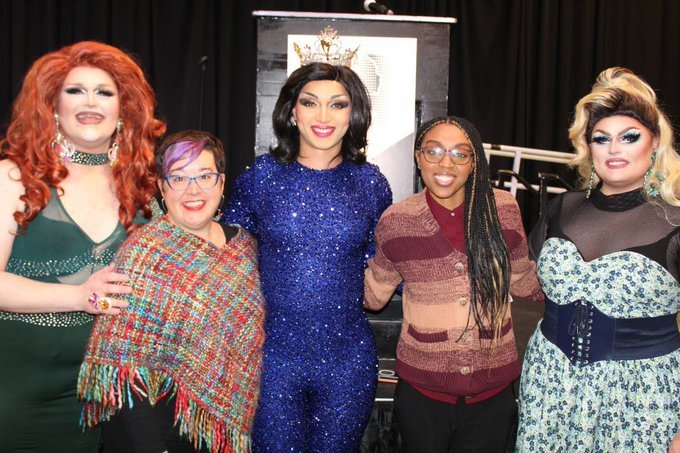 The organization whose performers dressed in drag at an event — where Columbia Public Schools students attended last week — is responding to the backlash from some parents and Republican state leaders.

The yearly Columbia Values Diversity Celebration — hosted by the City of Columbia and pegged to Dr. Martin Luther King Jr. Day — led to backlash after three Nclusion Plus drag performers danced at the event.

Some parents of CPS students criticized the district because their children were in attendance. The parents claim they didn’t know a drag performance was on the program.

Nclusion Plus spokesperson Brandon Banks took to Twitter on Saturday to address the issue.

We’ve been asked to give public comment. Here it is! We are thankful to have been highlighted as a part of the diverse community programming brought together for the Columbia Values Diversity Celebration in honor of the 30th anniversary of Dr Martin Luther King Jr. pic.twitter.com/f3NgN650Y8

“We provide a safe experience of self-expression and creative performance that infringed upon no less moral grounds than a theater department in a school would do.” Banks wrote. “While families are welcome to manage their personal conversations and expectations of expression related to their children, we see that as more of a direct conversation to be had between parents, their children and the school system.”

The statement says the performers wore modest costumes, avoided any vulgar language, didn’t feature any suggestive themes, kept all costuming intact without flaunt or removal and that the performers were told to select songs that had motivational, heartfelt or positive lyrics.

Attorney General Andrew Bailey spoke to 93.9 FM on Monday morning on “Wake Up Mid-Missouri” and said the drag queen performance was “shameful and deplorable” since CPS students were in the audience.”

During the interview, Bailey claimed the City of Columbia and CPS broke state law.

Last week, he wrote a letter to the district saying it might have broken a new law against supplying sexual materials to children. Columbia Public Schools responded with its own letter over the weekend.

In a statement from Bailey’s office said, “taking school-age children to an adult entertainment drag show without parental consent does not keep them safe, further comment and legal action are forthcoming”

Banks says the audience saw 20 minutes of a G-rated show.

“We encouraged our entertainers to be in the most modest that they could, to not do any costume reveals so it didn’t seem flaunting or nothing was removed,” Banks said in an interview on Monday.

Banks says the performance at the event doesn’t impact children in a negative way and that drag is mainstream and children have access to the internet.

“We don’t think that anything we did or that our entertainers portrayed during the experience is something that is cohesive or negatively influential on any persons mind and even a young person’s mind,” Banks said.

“My office supports and is an advocate for influsion and diversity including that of the LGBTQ+ community,” Tyson Smith wrote. “Those who criticize the city, the school district, or others in supporting diversity must not be allowed to damper our spirit of inclusion.”

In the letter, Superintendent Brian Yearwood wrote that the school district’s participation in the event is limited to the writing portion honoring the legacy of Dr. Martin Luther King Jr.

Yearwood said it is a misconception that the performance was grooming the students in attendance.

“Although CPS was unaware what the performance by NClusion+ would entail, their program was not an ‘adult’ performance,” Yearwood wrote. “This type of misrepresentation is harmful to our students, our staff, and our community.”

In a Monday night tweet, Bailey demanded for school officials who knew of the performance taking place to either step down or be fired.

“I am calling for the resignation and/or termination of any school official who knew that they would be subjecting children to this adult-themed drag show without parental consent,” Bailey said in the tweet.

I am calling for the resignation and/or termination of any school official who knew that they would be subjecting children to this adult-themed drag show without parental consent. https://t.co/ax9HOnkrcL

How the Stephens and Columbia women’s basketball rivalry began burning